1. What’s a typical day like for you at Oxford Capital? 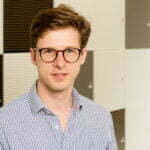 This varies greatly depending on what day or week it is and what’s coming through the investment pipeline. Generally, we try to allocate a third of our time and effort to portfolio company management and support, new deal sourcing, and working on active deals – but this is often skewed towards one area or another!

2. Can you tell us a bit about your background prior to joining Oxford Capital?

I’m a mechanical engineer at heart and by education, but I’ve spent my professional life pre-Oxford Capital in Fintech. After a few years learning about enterprise-grade Saas with CloudMargin, a startup in the capital market space, I joined an M&A boutique called Royal Park Partners at its foundation. This was a terrific opportunity to learn about the very much larger world of fintech, venture capital deals and supporting companies with their objectives.

3. What most interests you about working with early-stage companies?

The rate of change for early-stage companies can be truly astonishing. Emergent technologies are being championed at a seemingly ever-increasing rate by startups eager to challenge the current ways, solve new problems or serve new customers. As an early-stage investor, the challenge for us is to understand which of these propositions is best placed to thrive, generate value and to support them through the rollercoaster of early-stage company growth.

4. What are the biggest challenges early-stage companies are facing in the current environment?

The past decade has been a period of abundant capital and growth. Companies optimised (and were encouraged) for growth-at-all-costs strategies – the business model, monetisation, economics and business set up could always be solved later – there was willing capital waiting to support it. Covid itself did little to hamper this, if anything the mindset became exacerbated during this period.

Now, the economic environment has shifted. Companies that have pursued robustness and quality in their business will come out strongest. The supply of capital hasn’t been switched off – great companies are still being funded, but the goalposts have shifted.

5. Which of our portfolio companies is your favourite and why?

SPOKE! Not only have they built a great company which is going from strength to strength, they make really rather good trousers…

Rebuilding old cars – I’m fascinated by new tech, but can’t resist working on something old, rusty and invariably broken in some way

Italy – the Romans got a few things right